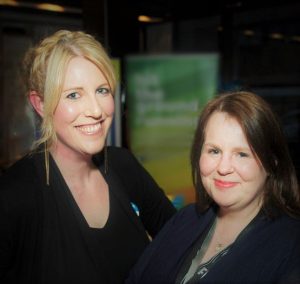 Following on from a ten year career as a freelancer in film & TV,  Amy now job-shares the role of Manager at Bectu Vision.

Amy has been instrumental in launching the Bectu Vision ‘Take Two’ initiative, which officially launched at the Edinburgh Film Festival in 2019.  Share My Telly Job were proud to speak on the panel at the launch event, alongside representatives from Raising Films, Further & More and job-sharing freelancers working in TV drama.

The Takes Two initiative supports and promotes job-sharing in Film & TV in order to help address skills gaps by retaining experienced and talented crew and also offering a flexible working option to those who have commitments outside of the workplace or just want to have a better work/life balance.

It was developed in partnership with job-sharing experts Further&More. Anyone working within the TV and Film industry are able to access Bectu Vision’s job sharing support services free of charge.