How does TV deal with its ‘open secrets’?

Bectu’s recent #unseenonscreen (https://unseenonscreen.wixsite.com/unseenonscreen) anti-bullying campaign has thrown up a long list of accounts of unacceptable behaviour. Sexual harassment, overwork, micro-managing, poor contracts, lack of guidance, disregard for junior staff… And yet, sadly, what struck us here at SMTJ is how nothing in the submissions felt like a surprise. All are behaviours endemic to the industry. They are all open secrets.

Of course, there are extremities. But the bully and the sexual predator exist in everyone’s career. If they exist as a regular, normalised part of a career in TV, they are, therefore, part of the culture. How are these extremities, paradoxically, normalised? They are normalised by a broader culture that is itself extreme. This is a culture of long hours, informal recruitment,  intense pressure because of squeezed budgets and schedules and, always, the potential for enormous rewards – rarely gained but always there, tantalisingly out of reach. What this environment allows, cultivates even, is the person who becomes a bully. It might be because they are the stressed, overworked, harried person who snaps. They might be the person who is a genuine arsehole, but is in a position where they have enough success to maintain them.

How, then, to fight against this? One way is to take part in campaigns such as #unseenonscreen, to make a contribution, because they reveal these patterns of behaviour as systemic across TV. Post #metoo, the power of cumulative accounts, gathered online, is publicly recognised. The movement has given credence to the power of multiple voices in delivering their own narrative. This is a sea change in power relations, as those in positions of authority have to consider that they are SEEN. When enough people say “yes, me too”, it is recognised as a powerful, collective act that acknowledges where abuse both exists and how it is built into our culture. In TV, this is often most clearly seen in the control senior staff will exert over the more junior: keeping people in the office “just in case”, micromanaging one minute while not providing enough guidance the next. These people are enabled by a culture that says their behaviour is OK, because all that matters is getting the show to air. This is what these accounts attack – they make it clear it is becoming unacceptable to treat people badly. 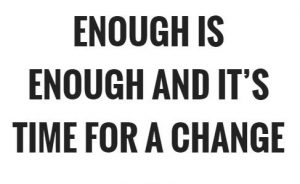 If collective reporting is a step towards amending the wider culture, what is next? Collectivising. There is a history and a culture of collective action in TV, with Women in Film and TV stretching back to the 90s and more recent efforts from activist groups (including but not limited to) Raising Films, The TV Mindset, Disabled People in TV, Viva La PD and B Inclusive. The Covid crisis has seen many freelancers cohere online at sites such as the Television Freelancers Taskforce – collective actions address the excesses of TV work: the hours, the networks, the pay.

This is why SMTJ are so passionate about The Time Project. So much of the issues outlined are to do with time: rushed schedules, too-close TX dates, understaffed production teams who end up doing two, even three roles. Then, as TX looms, huge costs are incurred correcting the wrongs of the previous failure to fund and plan. Within this, people behave badly – sometimes bullying, sometimes just too stressed and pressured to see a way through without aggression –  but if the show gets to air, all is forgiven and forgotten. Instead of forgetting, we want to record these patterns so we can prove where the pressure points are, the points where people behave badly because conditions are intolerable.

We all know who the real bullies are in TV, but we need to address why these people were allowed to behave so badly. Public vilification is not the answer, but collective action is.

We will be releasing more details of how you can get involved in The Time Project in the coming weeks, for more details about the project, please read here https://www.sharemytellyjob.com/the-time-project-2/.  We would also urge anyone who has experienced any of the issues of bullying and harrassment outlined in this article to contact Bectu www.bectu.org.uk or speak to the Film and TV Charity for advice https://filmtvcharity.org.uk/we-can-help/