The Job Sharing Experiment – Phase 2 – Plan B! The Hiccup…

We were just 10 days in to the ‘experiment’ and things took a bit of a tumble. I lost my job sharer! (Super) Sara was actually in the midst of Edit Producing work chats before we met and one of those came to fruition and she had to take the job. It’s the job she needs/wants but it’s full time so no exactly ideal. Unfortunately, this is the situation we find ourselves in, beggars can’t be choosers can they!

In those 10 days I feel like we made good progress..not necessarily the kind of progress we’d hoped for..more confirmation of just how tough it really is going to be to find a company willing to employ a pair of mothers.

We did approach the companies Sara was previously chatting to about sharing the role in question. The answer was a no and the feedback was the same each time..’these are first formats and it’s just too risky for us…’ I don’t agree with us presenting as a ‘risk’ but thats an argument for another day.

So, it’s back to the start for me. I did go for an additional 3 interviews/work chats with the view of job sharing on the current shows in that company or for future projects. One thing that has become very obvious is the glaring hole in my CV.

The last EP job I did was 2 years ago, since then I’ve been Gallery Directing but it seems this hole is very unattractive to potential employers. As a combination of CV’s Sara and I lacked OB Doc Edit Experience (she’s just taken an ob doc EP job so that should help going forward!) so I’m changing my direction.

To make myself more appealing to Edit Producer employers I am now attempting to find short, 2 or 3 weeks EP jobs. Just to remind employers that I can do that job and so the first line on my CV actually relates to the job I’m applying for. So far I’ve applied for 4 of these and have yet to receive even a reply email – things are looking bleak – I feel unemployable. 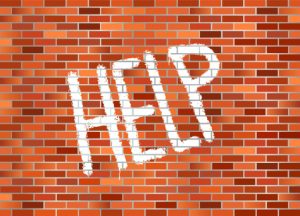 Another thing I feel may be happening is, as much as we see ourselves as an asset to a company, the company may feel quite differently. I get the sense that if we are hired then employers feel it’ll open the floodgates for them whether it works or not.

One Talent Manager did say to me that they’d have ‘a difficult time selling us in to the bosses’ even though she fully supported the idea. There is no precedent to set just yet..this is just about helping Freelancers get back to work. It is ultimately about the ‘type’ of show. New formats will be a no no until you’ve earned your stripes in that particular company. It’s a case by case task I feel, totally dependent on who’s running the show. If they support it, you’ve got half a chance. Just half!

I’ll carry on looking for a (short) job and in the meantime, I’ll be contacting more potential job sharers through the site. I’ve just added a message board so you can easily strike up a conversation with members. I’ll put this to the test. I do think ideally it’s better to have 2 or 3 options when it comes to sharing as I’ve learned..people do get snapped up and also need to earn money..

Onwards and slightly sidewards as they say…