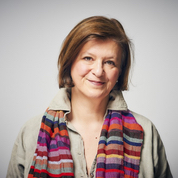 Julia joined RDF to work as part of a production team for a C4 programme, and joined permanently in May 1997, as Head of Light Entertainment and Features for RDF Rights.
Julia started in the TV industry in 1984 as a secretary in drama and worked her way up to Series Producer via a mix of factual entertainment, features, travel and cookery shows at various indies. After working on the LE and Features Desk until 2000, Julia was then put in charge of in-house production after which she became involved in recruitment at RDF. In 2004 Julia became Head of Production Talent working mainly for RDF TV, but contributing to recruitment across the group.
Visit RDF Website