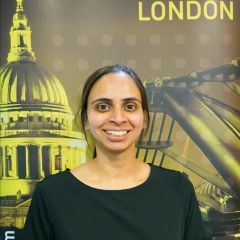 Nahrein began her career in BBC Radio and TV before working in various production capacities for films and TV dramas. She went onto originate and Exec Produce a 13 part children’s comedy series ‘Uncle Max’ for ITV. She produced the feature documentary ‘Shot in Bombay’ for BBC Storyville and the Sundance Channel.

Nahrein has been a mentee on the WFTV mentoring scheme and was named as a Breakthrough Brit by the UK Film Council, honouring BAME film professionals.